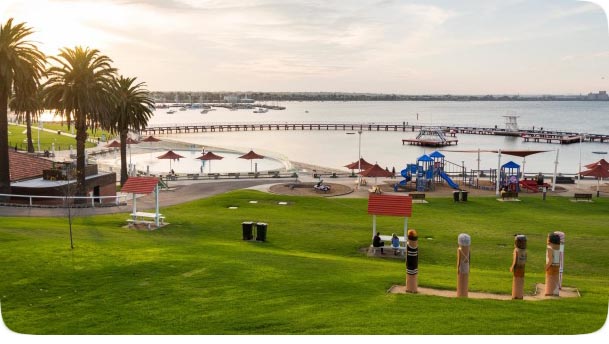 This resource is brought to you by Geelong based Accounting firm, PAL Accounting & Advisory.

Whether you plan to visit Geelong soon, purchase property, or open a business here, it’s important to know a few key facts about the city to better understand its culture, lifestyle, and economic prospects:

The city of Geelong is located in Victoria, Australia, 75 kilometers away from Melbourne. Geelong is a beachfront city, between Corio Bay and the Barwon River. Due to its proximity to Ballarat to the North-West, Torquay to the South, Hamilton to the West, and Melbourne to the North, Geelong has been dubbed the “Gateway City”. The climate is temperate oceanic, with four distinct seasons. The highest temperatures are in February, and they can reach 45 °C, and the lowest is in August, when they can go under −4 °C.

According to the 2016 census, Geelong’s population is 253,269. 78% of people are born in Australia, but Geelong also has residents coming from England, Italy, Croatia, and the Netherlands. The city is also home to the biggest Croatian community in Australia because Croatians actually settled here in the 1850s. The primary religion is Catholicism, followed by Anglican and Uniting Church.

In 2016, around 103,000 people were employed, 57% full-time and 41% part-time. There are over 10,000 businesses in the Greater Geelong region, and the industries that employ the most people are industry & manufacturing, retail, health, and community services. Because Geelong has a booming tourism sector, attracting over 6 million tourists every year, employment opportunities in this field continue to rise.

Geelong is a high demand real estate market and, as of March 2021, the median house price was $AUD 893,500. Geelong has over 60 suburbs, and the ones that have been growing the most in recent years are in the east, towards Leopold, and in the south, towards the Armstrong Creek Growth Area. The highest demand for residential properties in Geelong comes from older couples and families, but there has also been growing interest from students and young professionals.

Geelong has a well-developed public transportation system consisting of buses and trains. There is a direct rail line between Geelong and Melbourne, and you can take boat & ferry services at Searoad Ferries and Port Phillip Ferries. Geelong has airport access – the closest airport is Avalon Airport (25 km from downtown), and Melbourne Airport is 85 km away. Geelong encourages cycling, and the bike lane infrastructure is constantly evolving.

Geelong has many primary and secondary schools where there are enrolled over 40,000 students. The biggest university is Deakin University, which has over 13,000 students and offers many undergrad and post-grad programs. The Gordon Institute of TAFE also offers many traineeship programs, as does the Marcus Oldham Farm Management College. Those looking for education opportunities in Geelong can visit the official Study Geelong website for more information.